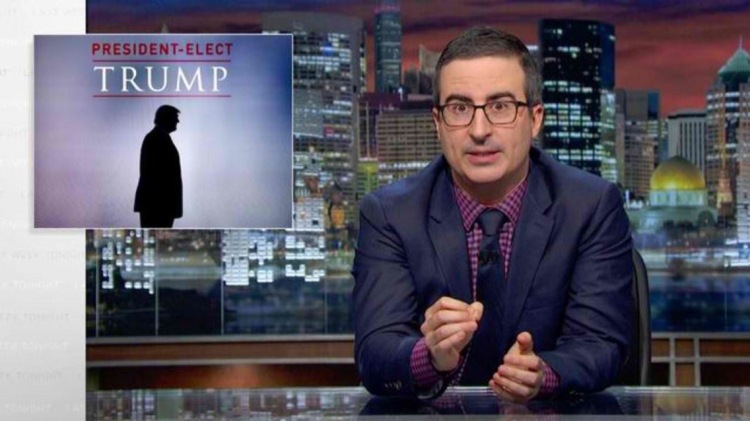 Do you think this country deserves a television program which follows in the footsteps of HBO’s Last Week Tonight with John Oliver?
To those unfamiliar, Last Week Tonight is a news satire program which delves into different subjects (Climate Change, Net Neutrality, President Donald Trump, Brexit, among others) in a humorous fashion. There are clips of the show available on YouTube. We might as well provide one here:

https://youtu.be/FVFdsl29s_Q
Now back to the question, with the messy state of Filipino politics and its divisiveness (especially now), and the need to explain its complexities in a way the ordinary Juan dela Cruz will understand, is it really timely that we produce one?

We’re no stranger to news satire but there are times programs like these didn’t last, either because of a lack of audience response or diminishing audience interest after an initial huge following, or because of political sensibilities which results in such shows being axed.

This program might be a good pitch for the established networks but will it work in the long term? May this show be perceived as a mere copycat of the original HBO program? Or will it exacerbate the already divisive political atmosphere, especially when it touches on issues like President Duterte’s rape jokes, the Marcoses’ political comeback (mga dilawan!) or the so-called Leni-leaks and other issues surrounding the Liberal Party (Dutertrolls). (Sidenote: I would want to see this show poke fun regularly at Trillanes and his Magdalo as he is a bigger joke than Pacquiao). And in the US, shows like these tend to skew towards the political left (which is also my political leanings though I don’t associate myself with the traditional Filipino left, that is the CPP-NPA-NDF, MAKABAYAN bloc, or its affiliated groups).

No one knows exactly, it’s hard to predict what the audience might think or look for, but let’s see if it will be a similar success.

5 thoughts on “Do you think the Philippines deserves a Last Week Tonight-esque program? (And an assessment of news satire on Pinoy TV)”